The history of Mewar comes to a new turn from the beginning of the V century in which the loss of power of the central Chauhans is an event of great importance to the ruler of a person like Jyotish Singh. Mewar history The article of Cheerwa proves that Jatra Singh had become such a powerful ruler. That the Malwa Gujarat Marwar jungle and the rulers of Delhi could not spoil it, there may be some exaggeration in this type of statement, but it gives us an indication that he had suppressed the neighboring states of the ward in the neglect of his ancestors. It is also clear that in 1242 -43 AD, Chaitra Singh had a fight with the ruler of Gujarat Tribhuvan Pal in which Virdhaval ministers Vastu Pal Tejpal pledged to make a treaty between the two parties but Rana refused to reconcile the reconciliation. Before the reign of Jaisingh, in Mewar history the Chauhan dynasty of Nadol established authority over Mewar. In lieu of Sir Jatra Singh marched on Nadol against the contemporary Chauhan dynasty ruler Uday Singh, to save Nadol, Uday Singh married his daughter Rupa Devi. Son of Jatra Singh He made it to Jez Singh and killed Mewar and Nadol trees. He also mentions that Malwa’s nuclear was defeated in the war.

The situation of South Western Rajasthan before the Trikuta invasion 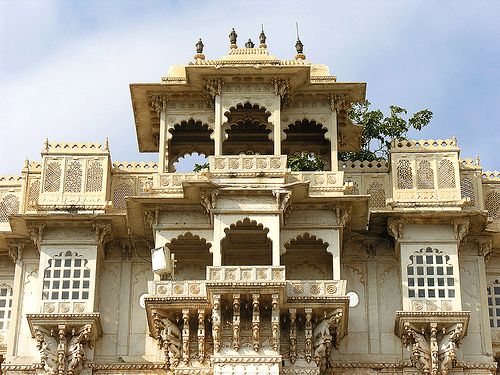 At the time when Chaitra Singh was organizing his power, the political situation of Rajasthan and Gujarat was not satisfactory that time, Mewar history till Singham, power was being disturbed and the Solanki king Bhimdev of Gujarat had relations with the ministers and ministers on the economy independently. Because Virdhaval, son of Samant Lavan Prasad of Baghel dynasty Dholak from a branch, took over the reins of the state of Gujarat, both father and son and their ministers Vastu Pal and Tejpal made their power endowed by their policy dexterity and ministers. It wants that somehow the relations between Gujarat and Mewar are good, so that the power of the growing Turks will prove fatal for these states, but they accept this type of treaty proposal.

In such a situation that Western India was passing through the year, Rastam Islamic Airtel’s Chitra Das Sultan planned to establish his authority over Mewar, consequently Nagda, who had gone away from his army to Nagda, was destroyed and the surrounding towns and girls were destroyed. Damage was done but the Sultan’s army was opposed from place to place by Jatra Singh. According to the inscription of Cheerwa, yesterday, Bhutala, the eldest son of constable Yograj, appears in such a way that the army was forced to run away and in which inscription with metal this attack It is written in connection with the achievements of Malik Sho that the owner of the show Malik is also believed by Chaitra Singh to have an inscription of Mardan Abu, which describes that Jaisingh was like Agastya to get the sea of ​​the form, it is clear from this contemporary articles that This Mewar entry of the Turks was a spark of a road triumph which could not establish any effect on Mewar permanently, although this initial entry had an effect on the policy of Bhabhi, which had to suffer the loss of many strong power centers of Rajasthan in this war. Jaisin in relation to Suri has tried to explain this by giving some exaggerated description in his Hammir Mar-Mar Poetry, but the credit for driving away the forces of time from Mewar is not to Jaysingh but to Virdhaval.

In this connection, the author seems to know that when Virdhaval came to know that the Turkish army had entered Mewar and destroyed Nagda, he feared that the enemies would not reach Gujarat because of the situation. For this he sent a milk named Kamal to Mewar in disguise of the Muslim, Mewar history seeing the pitiful condition of the people there, he started shouting run and run and started saying that Veerdhaval is coming and people got courage on hearing this name and he Chasing the runaway enemies and pushing them, such as the description given by the Turkish army, it is clear to run away but it seems hypothetical that the enemy became frightened by the name of Veeradhaval and Mewari got the courage to name him by the writer Veeradhaval With the intention of bringing such a death one can imagine the praise of Veeradhavala by the said writer as it is clear that Chatting was the Acharya of Mewar history the Jain temple of Munisuvrat of Puri Bhadas and the offering of strong punishments in favor of this temple was given by Tejpal and both of them. Brothers made crores of rupees in the construction of Jain temples If such, then Hammirdammardan poetry should be composed in praise of the ministers and their master Veer Dharan and the credit of driving away the Turkish army by the mere utterance of the name of Veerdhaval will be given to his master and it seems natural but if the situation is seen then he Mewar history It seems entirely incongruous that Veeradhaval, with whom Jaisingh considered his defamation in having a friendly relationship, and who was as a feudal duo, would have such an effect on Mewar because of the fear of the name of the army fleeing from the nature of reality. It is clear from the inscriptions of Chirwa and Abu that this is the basis of the belief of Dr. Ojha and Dr. Sharma that Jai Singh had driven the Ottoman Turkish army from Mewar, this entire event is likely to be between 1222 AD and 1229 AD in Mewar history.
It is useless to find mention in Kalsi dates in relation to this war because the people of the 14th who are more interested in writing the history of the conquests influence of the Turkish army

But we come to the same conclusion with the supervision of contemporary literature of local and surrounding territories, but then this campaign test meaning was adopted in which the Turkish army had to face objection in step by step, however in this campaign, the sister-in-law campaigns. Mewar history In addition to encouraging the plans of this, it must be accepted that this campaign had to suffer loss of life and money to Mewar, in connection with the loss, it is mentioned in Hammir Madan that the Sultan’s army burnt Mewar and its capital of Nagda. The people were killed by the sword, and the Muslims killed the children mercilessly. Dr. Dasaratha Sharma also believed that the valor of Jatra Singh repulsed the Turkish army, but I was particularly impressed with the ward and in particular. Mewar history Nagda which was the capital of Mewar had to suffer from this campaign. Mewar history Encounter in Jatrasinh and Sindhi’s army Like Iltutmish, a part of Shahabuddin Gauri’s Sultanate was captured by Singh, one of his slaves, Nasruddin, Jalaluddin Khwabs defeated Nasruddin in a high fight, which led to the news of his conquering leader Satta. To sabotage nearby temples and build mosques in its place, it was sent to an army ward headed by its commander Khwab Khawas Ya in 1223 AD, possibly on the army returning here after loot or the army going for loot Jatrasingh may have been destroyed as Dr. Ojha writes on the basis of the inscription of Abu. Mewar history Chaudhary explains that who could be the contemporary of Jatra Singh.