Ancient History of Rajasthan Name No one name is found to be used for all Rajasthan earlier. In the ancient and medieval of his run, there were names of Bhin, and some of his parts were under other regions. The districts of Bikaner and Jodhpur were called jungle countries during the Mahabharata period. Sometimes they are named Kur Grille and Madly jungle, which was the name of the neighboring countries of Kur and Madra. Its capital was Ahichatarpur, which is currently called Nagaur.  The king of Bikaner was the master of this jungle country and called him the Jangaldhar Emperor. In the state mark of Bikaner state, Jai Jangaldhar Emperor is written.

The Ancient History of the Rajasthan jungle was called the vicinity of the country, which had the right to be. He was also called the Sapdalakshar Tripathi. When his kingdom was expanded, the state officials became a shamkambhari and they began to be called Shakambhareshwar. When the capital was Ajmer, the state expansion included several parts of Marwar, Bikaner, Delhi, and Mewar. 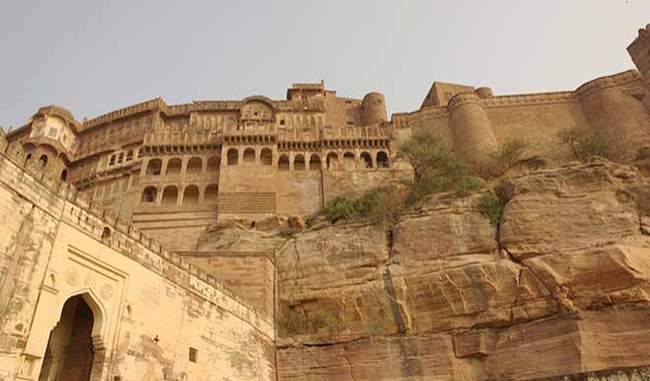 In ancient times, The Ancient History of Rajasthan kur, fish, and Shursen were very wide states in northern India. The northern Department of Alwar state was under the country’s southern and western fisheries country and the eastern department of Shursen.  Most parts of Bharatpur and Dholpur states and the Karauli States were under Shursen country. The capital of Shursen state was Mathura Matsya Viraat (Virat) and Kur’s Indraprastha.

The ancient name of the state of Udaipur was Kyiv, whose capital was secondary. Nowadays, the secondary is called the city which is 7 miles north of Chittar. There was a right to be called an email at or a pragavat, Ancient History of Rajasthan or, in a continuous manner, the rulers of the Yamaha fought with the males, so this country was termed as fattening, that is, the killing of the Malechho, and it began to say Medpat. The land of Dungarpur, Banswara was called Bagad.

Even today, this part is known by the same name. The state of Jodhpur was called Maru and then Maruar and Marwar. The southern part of Jodhpur was called Gurjartra and the part of Sirohi was counted in the country of Abrud (Abu). The old name of Jaisalmer state was Mad and Kota and Bundi, which were earlier under the Sapdalaksha, were called the legacy. Jhalawar state and Tonk’s Chhula, Pirawa, and Siroganj Malav were considered under the country. Thus, some of the parts of the State were also named after the geographical features.  For borrowing, the land of Pratapgarh near Mahi Nandi was called Kantal, because it was the thorn of the Mahi River, that is, the shore or the border part. There were 56 village groups in the part between Pratapgarh and Banswara, so the name of that part was called Chappan. The portion between Dungarpur and Banswara began to be called Mewal and Devlia and the adjoining region of Mewal was called Mudhol (Mandal) because it was an independent division. From Buffalo to Bijauli, the plateau part was called the Upper canal. The hilly parts of Zarga and Raga were always lush green, so it was called Deshharo.  With the hills around Udaipur, the province was called Girwa.

The above description shows that the land of the country, which we call Rajasthan today, has never been known by any particular name. Mughal historians used Rajputs to write the word Rajput in the plural.  On this basis, in the manner of Gondwana, Telangana, etc., the British named the state Rajputana, that is, the country of Rajputana. karnal Todd, the first and famous history writer of Rajputana, has given the name of the state Rajwara or Rajasthan, which is an indicator of rajas or their states, the putative writers of different states whose dependents were using the word Rajasthan.  Later, Rajasthan was used to change this temporal form for the states of Surrey and even today, as a unit, it is known by this name of Rajasthan.